Sort Out Sunday: What Are the “What If’s” And How To Kill Them

It a fine line between keeping SUPPLIES and hoarding forks and plates. LOL In my opinion you should have supplies/extras of things that WILL be used. SO things like Paper towels and Toilet paper are a yes. Because you continuously use them. Saving things for a what if isnt good. If your underwear drawer can’t close, time to get rid of enough underwear to close the drawer. A package of Christmas themed paper plates are fine because you are going to use them at Christmas!

I heard another organizer say only keep what reflects who you are today! Take the  fear out of it. Fear breeds the saving for what if or just in case.

Posted by James Lott Jr CTACC on January 14, 2018 in Organizing

I’m On SoundCloud TOO 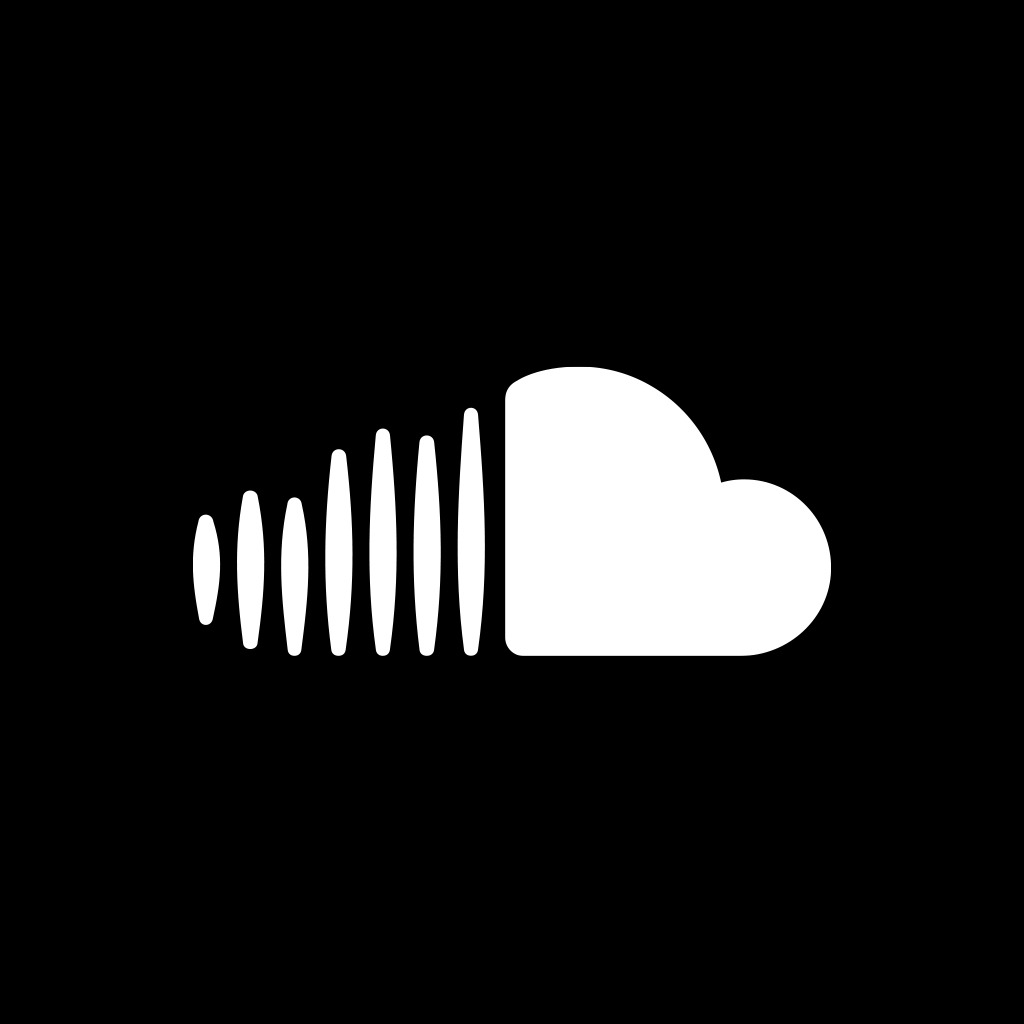 YES I have created a Soundcloud page! I have a few things on it. A spoken word piece, some music I am working on and some snippets of radio stuff! I play to put more on there!  I’m showing more sides of ME! SO go and Follow and take a listen. Let me know what you think!

Music I Like To Organize To: “Beyonce” by Beyonce

This was a surprise to me! I like Beyonce and have all of her solo albums. When I got this album, I liked it and played it a few times then put it away. Then a couple of weeks ago I put it on while organizing a clients place and it really kept me going during that session. The mid tempo and fast songs work in the background and the slow songs are nice. She once again makes some interesting music choices and samples (included on “Flawless” is her pre-Destiny Child’s Star Search appearance as Girls Tyme).  And she did videos for each of the songs! Other albums of hers were obvious choices as good music to organize to (B Day, Dangerously In Love) but this one creeped up on me! Now its on heavy rotation!

Tags: beyonce, drunk in love, mrs carter, music, music i like to organize to, music to clean with, music to organize with, partition, pop music, xo

Music Monday: Music Is A Key In Organizing

When a song comes on the radio, are you instantly transported back to the time or event that this song reminds you of? Is there an artist or album that you put on when you’re sad? When you’re happy? Does music affect your mood? For me it’s YES to all of the above!

I feel music can be an important part of our lives especially for our mental health. Regularly in this blog I will feature songs and/or albums that I like to clean/organize to and think you might enjoy. For me and some of my clients, it helps to motivate us to complete the task (or tasks) at hand. Musical taste is as individual as organizing styles and it’s up to each person to figure out what works for them.

For me, I don’t like music that is too distracting. I can’t put on Anthrax or Metallica (though I like both.) on because it’s too much for me and I can’t think clearly. You want to do a good job organizing and make sure its looks and works for you.  But I may have some readers out there where those kinds bands work for them. I also can’t put on music that is too soothing like an Acoustic Alchemy or Kitaro. I’ll lose the motivation and want to lie down in the garden, in the sun, listening to a running stream.  Now I can do something mid tempo like a Sade or Spinners or Robin Thicke. It helps to play someone you like and know all the songs. Mid tempo means there might be a few slow songs but most of the songs have some beat and keeps it moving.  I like Disco, pop, some Country, rock, 60s, 70, 80s, and some dance.

Sometimes it’s nice to have something extra to help with the organizing process. I know that just saying the work ORGANIZE or the word CLEANING can make one tired and unmoved to do anything. I’m all about finding ways to make the process fun and enjoyable.  Any assistance to get to the finished product is welcome and when you ARE done, you’ll feel SO good!!

I’ve lived a lifetime where I have experienced the changes in how we hear and see music. I remember  we had in the dining room an 8 track player. It played these bulky square-ish things that were divided into programs. That was next to our huge record player! I remember seeing a TV Show where this guy collected 45s. I was 8 years old and that changed my life forever! It was after that story that I vowed I would be a record collector. I had a few 45s already but it wasn’t until my first purchase with my allowance money that the collection began. At one point I had counted around 745 45s and boxes and boxes of albums! BTW that first 45 was Disco Duck by Rick Dees and the cast of Idiots and my first album was the Saturday Night Fever soundtrack!! and I STILL have it!! I even have the insert that came with it of Disco products you could buy!

I heavily got into cassettes in the mid 80s when we got a small radio with tape player in our room. RECENTLY I found a couple of tapes of music I recorded off the radio. I used to pray they would play the song from the beginning without talking during it and play the song all the way to the end without cutting it off! Hey sometimes the best part of the song was at the end! It was during this period I bought my Sony Walkman!! I couldn’t believe that I could take my music out of the house and listen to it!! The Walkman is another significant moment that changed my life.

Cassette singles and cassette maxi singles followed. I worked at a now defunct record store that introduced me to CDs!! Remember when they were in the long rectangular cardboard packaging. The top half housed the CD, the bottom half was empty and a waste. The Discman followed. By now we had Videos, music video collection, concerts on VHS Tape!  And I could tape things off the TV! My first music video tape was Madonna’s Justify My Love! It was naughty and banned by MTV, so I had to have it!

VHS tapes were faxed out when DVD was released! Another important moment was the invention of the iPod. As a birthday gift my best friends got me an iPod Mini (which they don’t make anymore). But it was almost a year before I hooked it up! For some weird reason, I fought the new online music wave! I wanted “hard copies” of things and I still valued the packaging.

So if you need anything transferred from one format to another, The Super Organizer do it for you! VHS TO DVD, Vinyl to CD to Mp3. My rates are affordable! So if you have that episode of Reba McIntyre on One Life to live from the 90s on VHS, we can convert it for you!

Sometimes playing music is a great while cleaning or organizing. The right music can elevate a mood and motivate to work and finish. It can help organizing fun!! So from time to time on this blog, I will share what albums I like to play Some you may have heard of before and others might be obscure to you . Either way I hope to introduce you to some great music AND as always I encourage you to organize.

Berlin. Yes THAT Berlin!!! The band responsible for the 80s hits: “Metro”, “No More Words” and “Take My Breath Away” have released several albums and EP’s (extended play) since their popular heyday. I have all of them but this one in particular is Music I Like To Organize To!!!

“Voyeur” was released in 2002. It’s a well produced synth pop album. Not released on a major label, so it didn’t make it high on the music charts. Lead singer and creator Terri Nunn was talking about it in a video interview I saw online and that’s how i heard about it. I ran out to my nearest record store (Tower Records). Ahh I miss records stores. Thank GOD for Amoeba Records here in Hollywood. Each song tells a mini story. I am transported to those stories so vividly yet I’m entertained by them. Terri’s vocals are a lot stronger than I remember from the earlier years and the music has a live feel too it. And It’s the music that I LOVE so much!!I It is also one of the FEW albums where I like EVERY SINGLE SONG!  I still play the album from time to time and 11 years later its still holds up.

My Top Ten Songs of 2013 According To My iPod

I love my iPod! Its only 8 GB’s but I love it! Its perfect for the gym or to cancel out the noise on the Metro and it holds enough songs to keep me entertained.  Sometimes the kids get a hold of it and play some of the songs too. SO this is my Top Ten Songs of 2013 According to my iPod! Every year in January, I look at my iPod and see what songs I played the most the previous 12 months. Then within that list I go down in order and find the ones that were released in THAT year. That’s how i compile the list. It’s always a surprise( and sometimes embarrassment) to me which songs are at the top! I listen to a WIDE range of music! I need to make sure that I clarify this is NOT what I think are the top 10 songs of the year or the top 10 best songs of 2013. Simply its the top ten songs released in 2013 played the most on my iPod in 2013. Let the judgement and amusement begin…..

10- The Walker- Fitz and the Tantrums

9- Everybody Wants To Rule The World(From the Hunger Games:Catching Fire)- Lorde

5- Give It 2 U- Robin Thicke featuring Kendrick Lemar

2- That Power- Will I Am featuring Justin Bieber

Posted by James Lott Jr CTACC on January 9, 2014 in Music/Arts