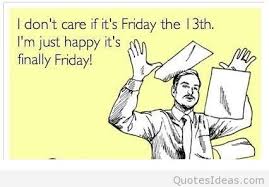 Tags: 13 tips, friday the 13th, good listening, listen, what is a good listener

Sometimes playing music is a great while cleaning or organizing. The right music can elevate a mood and motivate to work and finish. It can help organizing fun!! So from time to time on this blog, I will share what albums I like to play Some you may have heard of before and others might be obscure to you . Either way I hope to introduce you to some great music AND as always I encourage you to organize.

Berlin. Yes THAT Berlin!!! The band responsible for the 80s hits: “Metro”, “No More Words” and “Take My Breath Away” have released several albums and EP’s (extended play) since their popular heyday. I have all of them but this one in particular is Music I Like To Organize To!!!

“Voyeur” was released in 2002. It’s a well produced synth pop album. Not released on a major label, so it didn’t make it high on the music charts. Lead singer and creator Terri Nunn was talking about it in a video interview I saw online and that’s how i heard about it. I ran out to my nearest record store (Tower Records). Ahh I miss records stores. Thank GOD for Amoeba Records here in Hollywood. Each song tells a mini story. I am transported to those stories so vividly yet I’m entertained by them. Terri’s vocals are a lot stronger than I remember from the earlier years and the music has a live feel too it. And It’s the music that I LOVE so much!!I It is also one of the FEW albums where I like EVERY SINGLE SONG!  I still play the album from time to time and 11 years later its still holds up.