In the beginning and set up stages, I need to concentrate and put together the plan to edit and organize a space, but once that is established..bring on the music.

I love music! I am a recording artist too! Music motivates me and helps me continue in the process. The right kind of music can also make the tedious tasks a little more bareable. It doesn’t matter what kind of music, that is up to you!

Try it while you are going thru a junk drawer or cleaning out a pantry! Its fun!

And under shameless self promotion, maybe my new album Salty Clouds and Sunflower Dreams may provide a good soundtrack to you….or my organizing song with Chog, Running Smoothly!

Yes in the expanding universe of the Super Organizer, I can add Christmas show to it! I would have never thought this was a possiblity but it is a reality due to my partnership with AfterbuzzTV. Producer Stephen Lemieux and I have crafted a fun show for the holiday season! The topics will vary but every episode I will give an organizing tip or two! It has been fun seeing where I can take the brand over the last 10 years! Very diverse! Here is a link to the first episode: https://youtu.be/EED4MfMBSp8

Come have fun with me! Celebrate Christmas the next few months!!

BIG BROTHER: Is This Season Underwhelming For a 20th Season So Far???

Yes this is an Organization/Life Coach blog, but long time readers know that I am a huge fan of the CBS hit reality show Big Brother! And every season I do a post or two about the show! I was even a co host on the Big Brother Aftershow on AfterbuzzTV for several seasons!

Okay so we are several weeks in and i’m kinda bored. Its the 20th season(cycle) of the show and I feel it should be bigger! How about you?

None of the houseguests really stand out to me. I give points to Swaggy C for trying! I don’t have the hate for him that many do. I just think he wasn’t likeable enough when he came in and The Swaggy C thing fell flat. The Bros thing fell flat! The alliance names aren’t good. I wanted to like Kaitlyn and she was doing things but in the end crumbled into a ball of tears. The token gay dude JC  used the N word and tried to defend his usage to a BLACK person. Nothing new. The N word was used on the show before. I know of him outside the show, so i am not surprised. He is not likeable either. The challenges are lackluster too. There were some seasons where the challenges were hard!!! AND fun to watch..

The other night, the show ran out of time and didnt even give us a live on air Kaitlyn exit interview OR HOH comp to watch!! Come on CBS!!!!

It was nice to she BB winner Rachel Reilly come back to host a comp. I got to meet her in person and she was the nicest person!!! Turning Sam into a Robot WAS interesting and very unique! I do have my eye on Tyler, he is making it through so far!! He may even win this thing!

I like this show very much. I have watched since Season 1. Its my summer tradition! it is my hope to expect the unexpected and it gets better!! I would love to know what you think!!!!

9 Years Ago Today I Changed My Entire Life!

The other day I was recounting the story with my mom on how i came back to LA after 22 years of living elsewhere! I want to give a shout out to my best friend Michelle! At age 39 i was taking a big leap back into familiar yet new territory. I wasn’t sure what was going to happen or how everything would manifest itself, all i knew…I was unhappy and needed a change. I am glad I came back to LA. I feel it was the right time. I love everything I am doing professionally right now! I am the luckiest man in the world! And life is getting better!

Like my song above I Am Ready (available on on music platforms but click here ) are you ready to make positive changes in your life and take a leap of faith….

Tags: i am ready

Anastacia!!I LOVE HER!! She has a powerful voice and many of her songs are strong, upbeat, positive songs!! Great beats! I always feel motivated when I put her on and organize and clean!

She’s American who found fame in Europe!! You can go to http://www.anastacia.com/ for more on her!

Posted by James Lott Jr CTACC on January 8, 2017 in Music/Arts

Tags: anastacia, great female singer, music i like to organize to, pop music

Sort Out Sunday: Another Use For a Cardboard Box 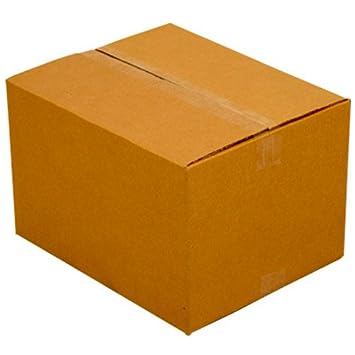 Do you order online? Do you buy in store? Either way you might buy items that come in a box. There are alternatives to breaking down and throwing away the box, especially if they are in good shape. And it doesn’t matter if there is print on the outside or not,because you can usually you can use the inside.

You can break down the box, cut along the creases and use the smaller pieces for :

take two pieces and make a makeshift backing to prop something up.

It’s Summertime So Our Big Brother Aftershow is Back!

I LOVE doing this show so much! and we are on at a new day and time Fridays at 1pmPST/4pmEST!! Thank you to everyone who watched LIVE! See you all summer!!!